Dr. Peter Urwantschky LL.M. joined the law firm in 1981 and became a partner in 1985. He was educated at the Universities of Berlin, Paris and Munich.

In 1981, he earned a Master of Laws (LL.M.) from the School of Law (Boalt Hall), University of California, Berkeley, USA whereas he focused on international aviation law. In his thesis, he dealt with Governmental Interest Approach in the case of an air accident.

Dr. Urwantschky received his PhD in 1985 from the University of Munich, having written on conflicts of law arising out of aviation disasters.

Dr. Peter Urwantschky has been invited to numerous international aviation conferences and seminars as a speaker and panelist. He is also an active member of many aviation organizations and associations.

As a result of his international activities, Dr. Urwantschky has close contacts worldwide with aviation law experts. 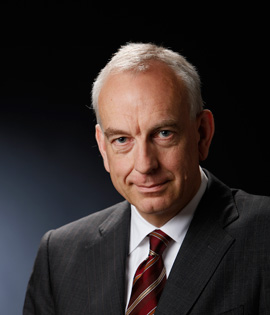